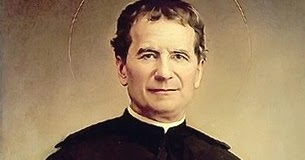 This week, considering the recent monstrous scale of destruction from one explosion in Beirut, Lebanon, and the resulting sudden loss of civilian lives, we will be pairing a prophecy of Marie-Julie with an important prophetic dream of Saint John Bosco.

First, here is a prophecy from Marie-Julie Jahenny about the sufferings that we are yet to experience. Recall that she is shown things happening in France that also have worldwide occurrences; however, France also has its own specific role, through the efforts of the future holy French Monarch:

“France, France, up to now, you have not yet seen anything, felt anything. If today your heart fails in its courage, what will happen with you on that great day? Stay there… until that hour when you will see chastisements from heaven crushing your own ones who will have made themselves guilty. After that devastation, the Flower (Lily) will bring over the sweetest peace.

“You will not have to suffer for a long time, but those days, no matter how short, will be painful for you, sorrowful, thorny, heart-rending. Poor France, place yourself right in the middle of the Cross.”

To the above prophecy we pair this prophetic dream from Saint John Bosco, which begins with the exile of the Holy Father and the Eclipse of the Church (the Spiritual Chastisement), ending with the Holy Father’s visitation to Jerusalem, the Holy City:

“It was a dark night (error), and men could no longer find their way back to their own countries. Suddenly a most brilliant light (faith in God and in His power) shone in the sky, illuminating their way as at high noon. At that moment from the Vatican came forth, as in procession, a multitude of men and women, young children, monks, nuns, and priests, and at their head was the Pope. (It seems to allude to the suppression of monasteries and schools run by religious and to the Pope’s exile.)

“But a furious storm then broke out, somewhat dimming that light, as if light and darkness were locked in battle. (Perhaps this means a battle between truth and error, or else a bloody war.) Meanwhile the long procession reached a small square littered with dead and wounded, many of whom cried for help.

“The ranks of the procession thinned considerably. After a two-hundred-day march, all realized that they were no longer in Rome. In dismay they swarmed about (around) the Pontiff to protect Him and minister to Him in his needs.

“At that moment two angels appeared, bearing a banner which they presented to the Supreme Pontiff, saying: ‘Take the banner of Her who battles and routs the most powerful armies on earth. Your enemies have vanished; with tears and sighs your children plead for your return.’

“One side of the banner bore the inscription: ‘Queen conceived without sin’ and the other side read: ‘Help of Christians.’ The Pontiff accepted the banner gladly, but he became very distressed to see how few were his followers.

“But the two angels went on: ‘Go now, comfort your children. Write to your brothers scattered throughout the world that men must reform their lives. This cannot be achieved unless the bread of the Divine Word is broken among the peoples. Teach children their catechism and preach detachment from earthly things. The time has come,” the two angels concluded, ‘when the poor will evangelize the world. Priests shall be sought among those who wield the hoe, the spade, and the hammer, as David prophesied: ‘He raises up the lowly from the dust; from the dunghill he lifts up the poor. To seat them with princes, with the princes of his own people.’ (Psalms 113: 7-8)

“On hearing this, the Pontiff moved on, and the ranks began to swell. Upon reaching the Holy City, the Pontiff wept at the sight of its desolate citizens, for many of them were no longer. He then entered Saint Peter’s and intoned the Te Deum, to which a chorus of angels responded, singing: ‘Glory to God in the highest, and peace on earth to men of good will.’

“When the song was over, all darkness vanished and a blazing sun shone. The population had declined greatly in the cities and in the countryside; the land was mangled as if by a hurricane and hailstorm, and the people sought each other, deeply moved, and saying: ‘There is a God in Jerusalem.’

“From the start of the exile until the intoning of the Te Deum, the sun rose two hundred times. All the events described covered a period of four hundred days.”

Reflection on these prophecies:

In Marie-Julie’s prophecy, she is told that France will live through “chastisements from heaven”. In French, the word for both sky and Heaven is “ciel”, and Heaven does not get capitalised as it does in English, so the question is what type of chastisement is being discussed in this prophecy?

The chastisements cannot be the 3 Days of Darkness, since they are not identified as such. No, these chastisements from the sky do not seem to be Divine in their origin.

If not Divine, then the chastisements are dealt by man-made weapons of war.

(Perhaps the new weapon, the Directed Energy Weapon (D.E.W.) is taking its place on today's stage of warring nations.)

In Marie-Julie's prophecy, France has been led to participate in some evil-doing. The destructions raining down upon France are a retribution, a punishment “crushing your own ones who will have made themselves guilty.”

The “guilt” implies evil-doing by some Frenchmen themselves: “your own ones”.

This group has been dealing sinfully, probably duplicitly through allegiance with another race of people, acting for another nation's sake, for they “will have made themselves guilty.”

So the punishment raining down upon France—perhaps French cities—may be due to traitorous French people’s evil dealings.

But the French Monarch is truly (wholly) French—and not of this traitorous, plotting people. When this king appears, he will lead France and the French people away from the monstrosities, from the injustices.

To do so, the French Monarch will be truthful in his dealings on both an international and national level.

Recall other prophecies where the French Monarch will be welcomed to rule other European nations by the inhabitants of those countries, such as Spain.

What a deep joy it will be to know a true leader who is more than a hireling or a blackmailed puppet for hidden masters!

What a comfort it will be to have as a leader the French Monarch, he who is called "The Lily" by Christ and the Blessed Virgin Mary. This king will be truthful and upright, having the best interests of people in his heart, because he truly loves God first:

“After that devastation, the Flower (Lily) will bring over the sweetest peace.”

If we consider the prophesied punishment of France from the sky, it seems to be the same type of devastation (perhaps worldwide?) that is in Saint John Bosco’s dream:

An aerial attack has left the land “mangled as if by a hurricane and hailstorm” and the “population had declined greatly in the cities and in the countryside”.

Thinking of the weather wars using today's technology, such as the miles-wide tornadoes, or the pulverized homes from the Directed Engergy Weapons (D.E.W.'s) seen in the city of Los Angeles some 3-4 years ago, could we be facing warring of this kind in the near future, but on a greater scale?

Saint John Bosco’s dream seems to place events into our present times, for there is the darkness of error everywhere; an error which began with the takeover of the Vatican on October 26, 1958, by masonic enemies.

It has been so long now that the Papacy and the Church have been in Eclipse! That light, the God-given teaching authority of the Papacy, has not been seen for sixty-two years! Please note: The words in parenthesis which follow are from the text itself:

“It was a dark night (error), and men could no longer find their way back to their own countries.”

But, by a Divine grace, there is a rejection of the false, masonic church of darkness that is currently in the Vatican. People begin to leave the false church, with the true Papacy. This would indicate that the Papacy will not be eclipsed for much longer:

“Suddenly a most brilliant light (faith in God and in His power) shone in the sky, illuminating their way as at high noon. At that moment from the Vatican came forth, as in procession, a multitude of men and women, young children, monks, nuns, and priests, and at their head was the Pope.”

Two angels approach the true Pope, the true Successor, and instruct Him about the reforms that must take place immediately, beginning with the Sacrament of Holy Orders, so as to have a true Priesthood and a true Holy Sacrifice once again:

“ ‘Go now, comfort your children. Write to your brothers scattered throughout the world that men must reform their lives. This cannot be achieved unless the bread of the Divine Word is broken among the peoples.’ ”

As well, the true Roman Catholic Faith must be taught to men, women, and children throughout the world who have become too absorbed in paganism and worldliness through technological distractions and false masonic ideals:

“Teach children their catechism and preach detachment from earthly things.”

We may live to see a post-computerized world, perhaps even a post-electric world that focuses on re-building and planting food. There will be suffering:

“The time has come,” the two angels concluded, ‘when the poor will evangelize the world. Priests shall be sought among those who wield the hoe, the spade, and the hammer”.

The two angels give the Holy Pontiff the courage to face this difficult future which has seen much death. His teaching of the true Roman Catholic Faith brings conversions worldwide:

“On hearing this, the Pontiff moved on, and the ranks began to swell.”

At last, the image is of the Holy Father entering the Holy City, which is Jerusalem.

He intones the hymn Te Deum but, perhaps choked up by the sorrow of the death and destruction around him, it is the Angels of God who continue the hymn of thanksgiving.

Interestingly, this hymn was composed and first sung by the army of Roman Catholic Crusaders, soldiers, returning home after successfully fighting in the First Crusade.

So yes, we are in a war. It is the war for souls, the same war that has been waged by the devil since the time of the Garden of Eden.

It truly is the only war, and Christ will win it. More souls will be converted and saved from the fires of eternal Hell.