WAITING ON GOD FOR A MIRACLE 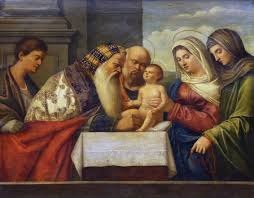 “He whom exile is preserving will be the one marching against the Eternal City, together with the gallant fighters who will have given him assistance. The August Victim and all his children in Faith will expect nothing short of a miracle. Without such a miracle, nothing could be restored to a deep peace.     (September 29, 1879)

When the French Monarch appears with his fighters and takes back the Eternal City, we will know victory at last.

In the meantime, we face another official opposition leader, in the person of Carlo Maria Vigano.

He seems such a champion of the Catholic Faith, but he does not have the Truth, because he insists that:

--Ratzinger was a true Pope; and that

--Marcel Lefebvre was a great champion for the Faith and that everyone should be going to the sspx for their ‘sacraments’.

So many people are tired of staying at home. Especially if they have children, they want to give their children the experience of going to a church, of being a part of a community of Roman Catholic believers.

Yes, the soldiers are feeling the exhaustion, the restlessness to be part of a resistance.

But we cannot accept such errors (or perhaps lies) from Vigano. The facts speak for themselves.

Ratzinger is part of a long line of anti-popes, starting with Angelo Roncalli, whose job it is to destroy the Roman Catholic Church from within. He was made a cardinal by anti-pope Montini (paul 6), and horrifically, headed the Congregation for the Doctrine of the Faith, starting in 1981, under jp2; so yes, he is one of the false shepherds!

And Marcel Lefebvre’s ‘bishop’, a self-confessed mason who delighted on his deathbed, exclaiming that they had succeeded in destroying the Roman Catholic Church, had both ‘ordained’ and ‘consecrated’ Lefebvre.

A candidate for consecration as a Bishop must be a Priest first. The sspx's "per saltum" argument is not binding.

So Lefebvre was just a layman; and what is worse, he was also a destroyer like the anti-popes:

He taught that everyone had to acknowledge jp2 as a Pope, but that they did not have to obey what jp2 formally ordered or taught.

This is NOT Catholic thinking, because a true Pope is elected and guided by the Holy Ghost, He has that divine protection; and so, He is to be obeyed just as Christ is to be obeyed!

A truly elected Pope cannot be a heretic -- that is an impossibility!

It certainly muddies the reputation of the spotless Bride of Christ, and makes her look like another human-made institution, and not the only Church which was Divinely instituted by Christ Himself.

What confusion these masonic enemies of Holy Mother Church sowed -- truly diabolical confusion, because it was filled with deception in the acceptance of false shepherds.

Is it any wonder that so many vocations have been lost, and so many laypeople have been lost, many turning to protestantism, which attacks the indefectability of the Church!

Would we be surprised if later we were to learn that Lefebvre himself was not just the leader of the controlled opposition, but a mason of higher rank than his 'bishop' Leinart?

No, it would fit, wouldn’t it? After all, he had an important job to do...

No, tired soldiers, we have to fight on… Pick up your crosses and your rosaries.

Let’s look to our prayers for our strength and comfort, especially the daily Holy Rosary. Yes, the 15 decades. This is a war for our souls.

And since January 1st was the feast day of the Circumcision of Christ our Lord, and the day when He received His Holy Name of Jesus, that scourge to all demons, let us ask the Baby Jesus that He sprinkle a drop of his Precious Blood upon the French Monarch and those fighting alongside him, that they be made worthy of the miracle, the restoration of the true Papacy!

Let us ask that the Precious Blood shed in the Circumcision deliver our allies in Purgatory from their extreme sufferings.

And may the Holy Name of Jesus be ready, at our lips, so that the demons stay far away from us and our loved ones!

LINKS:  The Great Crisis   LA SALETTE   The See of the Cross   The Few Faithful   Your Home Oratory