A RESURGENCE OF THE HOLY PRIESTHOOD 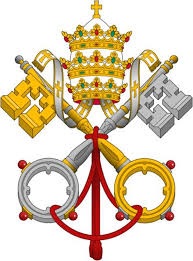 “My children, you cannot figure out to what extremes men are going to lead your homeland. Never, here below, can you shape up the slightest idea for yourself about it. You yourselves, without walking out of Brittany, will be able to see the wicked running in gangs throughout the heart of this diocese (Nantes). Night will be no quieter than daytime. From all sides they will come to reinforce those gangs. During night time, there will be many dead people. Darkness will come down like a funeral veil upon the city, almost touching the steeple of the tallest churches.

“Soon, my children, there will be no more stables, no more cradles, no more living Church…

“All together they will swear they are going to suppress the existence of the Church ministers. If fresh shoots grow up to become ministers, they will bring everything to a standstill. Listen well, my children, the Saviour of France will himself put up with a strange difficulty to restore that law, in view of welcoming those young men chosen to be ministers to my Son.”          (11 February 1881)

A note by Adolphe Charbonnier, [one of the secretaries]: Marie-Julie is stretched upon her bed of anxieties, speechless, deprived of eye-sight, without her hearing, motionless yet undergoing tortures which we do not know; not allowing us to complain.

Reflection upon this Prophecy:

This week we are looking at the last part of a prophecy that begins on page 265, and deals with nullified baptisms, empty seminaries, the resultant increase of violence, and yet also the rising up of Christ’s own chosen Priests.

Amidst our pains and trials, let us consider this beautiful promise of the restoration of the Holy Sacraments!

Yes, from this world’s increasingly hostile environment, Christ is secretly forming the hearts and souls of the young boys who are called to be His Priests.

These young boys are destined to become higher in rank than the Angels of Heaven!

They will selflessly and undauntedly take up their Apostolic lives and bring the demons and their minions under submission!

Souls, such as yours and mine, will be saved from the infernal abyss through the Holy Sacraments administered to us by Christ’s own Holy Priests.

Our world’s masonic organizations are desperate to bring the Church down into the mud (with them). Today, we are living through false media coverage of emotionally-charged stories that are released without fact checking.

Our lying enemies are Christ’s enemies, and they are desperate to suffocate a resurgence of the Holy Priesthood:

“All together they will swear they are going to suppress the existence of the Church ministers.”

The carefully orchestrated attacks against Holy Mother Church, against Her Priests and Her Religious Orders, will be so relentless as to almost totally destroy the Faith in children and youth:

“Darkness will come down like a funeral veil upon the city, almost touching the steeple of the tallest churches.”

Why does evil focus its efforts on the young?

Because they are impressionable and easier to convince, yes, certainly. But the real reason is that masons want to prevent young boys and young men from wanting to be Priests.

The devil and his minions know that Sanctifying Graces, through the true Holy Sacraments, do and will snatch countless souls from Hell:

“If fresh shoots grow up to become ministers, they will bring everything to a standstill.”

A truly ordained Priest has the power to remove sins from our souls.

A truly ordained Priest is able to strengthen our souls with the Body, Blood, Soul, and Divinity of Christ (the Most Blessed Sacrament of the Altar).

Once cleansed and fortified with the Holy Eucharist, we are able to resist the temptations of the demons.

Lives are made holy.

The world is sanctified, at peace with God.

So let us always pray for the holy formation of these future holy Priests, who will become our mediators with God Himself!

Yes, life is hard right now for us.

Marie-Julie’s friend and secretary, Adolphe Charbonnier, writes down how Marie-Julie is suffering. She was given the use of her five senses during her ecstasies, but she had to endure deprivation of her senses otherwise. Around the time of this prophecy, February 11, 1881 (note the relation to the first apparition of Lourdes, which occured in 1858, under the time of Pope Pius IX, whose Papacy was imprisoned within the Vatican--He was unable to act), Marie-Julie is unable to see, speak, or hear.

Our lives mirror these sufferings of Marie-Julie: we cannot see the Holy Father, His Hierarchy and His true Priests. We cannot hear Catholic doctrine being taught and preached. We cannot speak of the Truth, of the Holy Faith and the Dogmas, to anyone because they will not listen.

So let us pray each day for the triumph of the French Monarch against the forces of the anti-christ, our masonic enemies. Let us plead with Christ our Lord for the return of His Pope and His Holy Priesthood.