The Flood of Floods 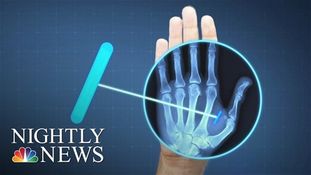 A great effort has been made by the Holy Virgin. She has pleaded to let the just have their prayers in peace for a longer time.

Oh! If the people would pray well, not to save the kingdom from the flood of floods, but to appease the wrath of God! Those who want to drive thousands of French to the most frightful death already have the rope in hand. France becomes the lair of a great number of foreigners who wait to hear if the hour of the sentence is going to strike soon. Yes, the hour will strike and day will enter into its decline. The hour is going to strike soon… first in this poor country which will not be seconded.

“Two distinguished men, in kingly clothes, have thrown upon the centre a black crepe which from the first has wrapped it only. One of them, Saint Louis, has a crown and sceptre, more beautiful than all objects on the earth. The other, less dazzling, is Louis XVI, unjustly killed, but about whose faith and glory the Church will sing one day.

Sighing, the Holy Virgin tells me that, after France has been watered with blood, no man will reveal his honourable name if he is not to be the one who will bring the land of France together. When this crepe would have been thrown, with sighs, three sharp lines and flames hover over the place of conspiracy. The hour of God is close.

People, if you want to escape outside your walls [from] the terrible shot of the battle of the century…

Here is given the date of the escape. It will be revealed in needed times.

It took courage to witness these renewed scenes of a mother imploring for the last time… Since she asked if she could return with a garland of flowers, the Voice replied:

“O Mother of Christians, you can no longer crown yourself with flowers when an irremediable mourning veils the heads of your people.”

Here is what was replied and the Holy Virgin has asked us to recite the Rosary, not for the guilty, but for the intention that the just stay firm at the hour of the great fear.

The subject of this week’s prophecy is the persecution of the just.

Why is it called the “Flood of Floods”?

First, the language indicates that this Divine Punishment will be more severe upon sinful mankind.

A similar expression is found with “the best of the best” or “the worst of the worst”.

Second, any punishment given now would feel more severe, as we are still in this desert, Apocalypse 12:6-8,  already living through the sufferings of life without the Holy Sacraments to sustain us, orphaned from the Holy Father and His holy Priesthood to comfort and guide us.

Third, it could be a final barrage of attacks, by the desperate army of demons, who are hurrying to reap souls for Hell.

What is this flood of floods that awaits us?

There seems to be no reference to the 3 Days of Darkness, that culmination (final Punishment), since there is no mention of fire falling from the sky.

The first focus of violence falls upon France, as we are starting to see already; this land of many still-fervent Catholics is to be “watered with blood.”

This Punishment is at the hands of evil men who will have “rope in hand” and “want to drive thousands of French [and most of mankind] to the most frightful death”.

Shall we beg the question and consider what would be a “most frightful death” in the 1880’s, in the eyes of Marie-Julie and her faithful friends?

The French saw the guillotine being used in the Judeo-Masonic French Revolution some 100 years prior, as well as hanging by rope, being burned by fire, being shot by a pistol or stabbed by the knife end of a musket, so these are known and therefore do not qualify as being “most frightful”.

We must steel ourselves, dear readers, for this “most frightful death” must involve a new technology.

Will it involve the digital identification that is implanted into people’s right hands?

It seems very likely. Sweden is already using the digital I.D. as an electronic scanner for making purchases and allowing entrance into places of work.

So we can be denied food, work, a way to pay bills, and a place to live if we do not accept the implant.

These new technologies all have the commonality of stripping us of our human dignity and treating us as commodities that can be manipulated and/or disposed of.

These technologies are led by demons, no doubt, for they deny God’s creation, and hate that we are made in His image.

First and foremost, their assaults against us are an assault on God Himself, an insult to Him.

Our General-in-Arms, the Blessed Virgin Mary, has made “[a] great effort” and obtained more time “to let the just have their prayers in peace for a longer time.”

In war, any advantage is important in changing the outcome.

This war is about winning souls, so our daily prayers are of utmost importance. This is what this week’s prophecy highlights.

What are we to pray for?

We are to “pray well, not to save the kingdom from the flood of floods, but to appease the wrath of God!”

The Virgin Mary wants us to pray the daily Rosary:

“[T]he Holy Virgin has asked us to recite the Rosary, not for the guilty, but for the intention that the just stay firm at the hour of the great fear.”

What is our best Mother telling us here? That we will be very frightened; that we will know great fear; that our fear will pull us towards receiving the Mark of the Beast.

This is truly terrifying! We are so spiritually weak that, in the face of great fear, we would trade martyrdom with acquiescence (and be forever in Hell fire)!

Are each of us really that weak?

This prophecy indicates that we are weak.

Did you notice the Flame?

The Flame -- which is how the Holy Ghost appears to Marie-Julie when He communicates with her -- is “almost extinguished”.

This must be symbolic for how His seven gifts are barely seen in today’s world (very, very few of us have received them via the holy Sacrament of Confirmation!)

One of these gifts is fortitude (courage).

Most of us will be without fortitude, so this is why we must pray daily for the grace to stay firm in the face of the great fear to come.

A good mother knows her children… we must pray daily to be firm in the Faith.

Holy Mother of God, help us to be holy martyrs. Remind our Lord that He made us for these times and trials!