THE WAR OF BLOOD 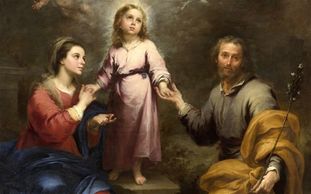 “Dear God’s friends, as soon as the whole of France will stand under such a law, only one week will be spent before the war against the Church and the people. I summarize all of it within three months before the big blast to take place; which I will call the war of blood. These three months will be the prelude, before the great entrance to what shall be the greatest misfortune the world will have known of.”

This week, we are considering a portion of a longer prophecy given on April 20, 1882.

Several aspects of this week’s focus speak to events we are experiencing today, which we can recognize because we have been living through the gathering of evidence during  these last two years.

There is a law which “the whole of France will stand under”.

Well, recently, the president of France, Emmanuel Macron, declared that all non-vaxxed persons are no longer French citizens.

What gall to say that, when there are French people who have been citizens longer than he has been alive, and who truly love their country!

There is no justice in his stating this.

We know he and other bad leaders like him should be deposed, but everything is so corrupt, the people are so mind controlled… we wonder how far this will go.

For example, will France make and pass a law that states that all unvaxxed citizens will be stripped of their citizenship?

What then, for these people, the best of France’s people?

Are they to be arrested and taken to jail or to camps?

And what of the rest of the world? When will this happen in your country, to you?

This week’s prophecy says that this is “the war against the Church and the people.”

Why the war against the Church, since the masonic takeover of the Papacy happened so long ago, in 1958?

It is because everything done by the devil is done against God.

The devil wants people worshipping him, even if he has to bully them to do so under fear of bodily suffering, of bodily death.

Poor pathetic quoquet (little runt pig – as Marie-Julie always called him to his ugly face); this quoquet can only enslave through the tactic of making us a slave to our fears.

But courage is the way to subdue our fears, and those of us who have not received Holy Confirmation can still pray to the Holy Ghost to fill us with courage.

When the “planned-demic” started, it was an act of war.

Notice that this week’s prophecy speaks of “the big blast to take place; which I will call the war of blood.”

Well, human blood has been shed in every war ever fought, so why now call one war “the war of blood”?

Because the real biological warfare has been to alter our blood through these so-called “vaccines” and their boosters.

They are able to enter into, and forever change, our DNA; they are altering how God made us!

It is truly a war in our blood, “the war of blood”.

Dear readers, in these last two years, we have already seen “the great entrance to what shall be the greatest misfortune the world will have known of.”

But the greatest misfortune is not just physical; it is also an attack on immortal souls.

These shots are filtered through murdered baby tissues.

They are thus a satanic blood sacrifice, just as all planned abortions are.

Those who have loved their earthly comforts (their jobs) more than their eternal souls will have, essentially, offered themselves as a sacrifice to the devil.

Think of the horror of that!

And yet, Jesus Christ will take each one of these sinful souls to Himself if they repent of their sin and sin no more; that is, no more “boosters”.

Let us pray that these souls are able to admit their wrongdoing before their deaths.

Let us beg Christ our Lord, through the Immaculate Heart of Mary, that all dying souls be given this one last freedom: to be able to choose for Jesus Christ before they breathe their last.

Holy Mother of God, pray for us!