RAIN OF BLOOD AND DARKNESS 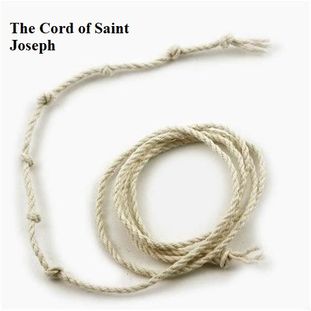 Seen in the sun:

“I see that such an outcry will resound: there is no more law left: let us deliver everything to disorder!

“On the northern side I see all kinds of degradations about anything that might comfort Our Lord. Such a degradation is a result of dishonesty and the fact of bad Christians.

“I see in my sun a black and blue rainbow at least two metres in width… From that rainbow, a rain is falling, at the very moment when attempts and crimes are committed, a blood rain is falling. On the roofs of the homes, it is left sticking like paint; on the ground it cannot be sucked in. It falls down with a frightening speed.

“In the midst of that rain, a sign of terror is produced: a cross takes shape in that rain carrying the imprint of a Christ. Signs of terror are produced which do not erase away any more. The yelling of the just is frightening. All those who opened up wickedness, thunderstruck with terror, perish in that rainfall.

“After three days, the rainfall from the rainbow spreads out visible throughout the whole universe.”

Before we get into this week’s reflection, we need to consider the spiritual power given us in sacramentals.

In particular, let us consider the Cord of Saint Joseph, pictured above.

At a time when most faithful do not have the grace of absolution of our sins at the hands of a truly ordained Priest who is not in heresy or schism, we have recourse to the Cord of Saint Joseph!

Did you know that…

--You will gain a plenary indulgence (the forgiveness of all eternal punishment due to your sins) on the first day the Cord is put on.

--You may also gain a plenary indulgence when wearing the Cord on the principle feasts of Our Lord and Our Lady, and on the feast of Saint Joseph.

This June we have the Feast of Corpus Christi (June 16); and each month of the year has this grace-filled opportunity for all who are sincerely sorry for their sins and want to return to a life of Divine grace.

And yes, the Cord of Saint Joseph will help you to conquer strong inclinations to sin!

Did you also know that:

--A partial indulgence of 60 days may be gained each day the Cord is worn.

--You can make this Cord yourself, by taking string and making seven knots at one end to honour the seven sorrows and seven joys of Saint Joseph. (A knot can be made at the other end to stop the Cord from fraying).

Saint Joseph, father and guardian of virgins, into whose faithful keeping were entrusted Innocence itself, Christ Jesus, and Mary, the Virgin of virgins, I pray and beseech thee, through Jesus and Mary, those pledges so dear to thee, to keep me from all uncleanness, and to grant that my mind may be untainted, my heart pure and my body chaste; help me always to serve Jesus and Mary in perfect chastity. Amen.

[This prayer also carries indulgences: see #73 in the Raccolta].

And now, let us see today’s world through the eyes of God:

The key to understanding this week’s prophecy, is that it is not actually Jesus Christ Our Lord who appears in the sky, but a phony (false) man-made saviour, “a Christ”:

“… a cross takes shape in that rain carrying the imprint of a Christ.”

A demonic crazed oppression seems to hover over the sky itself. People caught up by this evil are out to change (destroy) God’s moral laws for living:

“… an outcry will resound: there is no more law left: let us deliver everything to disorder!”

Part of this chaos are “degradations” or misuses of the life that we are given to live.

Mortal sin can be understood as a turning away from God’s laws, from God’s will for our lives.

Simply, people under a demonic, oppressive craze turn to the compass of their own base (animal) desires.

This week's prophecy outlines that these political powers are far-reaching due to the prevalence of political correctness, which puts aside the Truth, and which is even followed by many who claim to be Christians and are in positions of influence:

“Such a degradation is a result of dishonesty and the fact of bad Christians.”

Dishonesty is a denial of the truth, which is a turning away from God, since God is the Truth.

In fact, this prophecy shows that most of mankind is so embattled against God’s laws that they have made their own fake rainbow of “peace”, “a black and blue rainbow at least two metres in width”.

It is not beautiful like God’s rainbow, but it is “black and blue” which make one think of bruises from violence.

This immoral “peace” has been forced upon people, like a mini-deluge:

“From that rainbow, a rain is falling, at the very moment when attempts and crimes are committed, a blood rain is falling…. It falls down with a frightening speed.”

But even more frightening than the loss of jobs or shutting down of websites from stepping forward to speak the truth, is the fact that those who accept the immoral laws and uphold them will have committed a grave sin which will leave its mark on their souls (their houses):

“On the roofs of the homes, it is left sticking like paint; on the ground it cannot be sucked in.”

(Remember the prayer that the Priest would lead all communicants through before he would distribute Holy Communion:  Lord, I am not worthy that Thou should enter under my roof, but only say the word and my soul shall be healed.  In Latin: Domine, non sum dignus ut intres sub tectum meum, sed tantum dic verbo et sanabitur anima mea.)

But the people of God do speak out against the abominations all around them. Surely, the Holy Ghost inspires us to speak up against the pernicious commerce facilitated by lies and heinous murders:

“The yelling of the just is frightening.”

Yes, the truth of God and His just laws inspire awe in men of goodwill, and the desire to fight for their souls and the souls of their children and for the souls of the countless victims.

But our fighting for God’s truth brings a terror in those who live and breathe evil:

“All those who opened up wickedness, thunderstruck with terror, perish in that rainfall.”

The evil ones die in their sins... surely this is an act of God, a signal grace to many to repent!

And the victory is with God and His Saints and all repentant people, and it spreads from country to country:

“After three days, the rainfall from the rainbow spreads out visible throughout the whole universe.”

The reference to “three days” makes one wonder if this triumph will take place in all countries only after the prophesied Three Days of Darkness.

May each of us take on this struggle for bringing back the moral laws to our country by first recalling (removing) bad leadership in all levels of government.

May the Holy Ghost guide us, and may we always have the Cord of Saint Joseph around our waists so that we will be saved from all impurities and evils, so as to have holy deaths.

Please pray daily for the triumph of the French Monarch and the true Holy Father, that we may have true and holy Priests and Sacraments once again!