FROM BRITTANY TO THE KING’S ENCOUNTER, PART 2 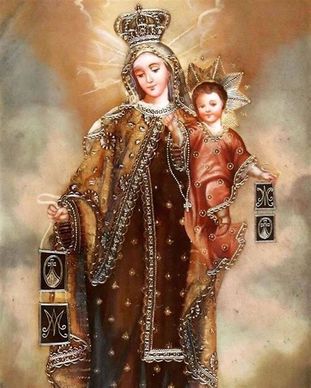 “My children, as soon as God’s sign will have begun, do not wonder; take your dispositions for taking your flight to the shelters in every part of France, and not on a single side…

“My children, do not be surprised if the red colour of that sign is left last. The army of the just, the soldiers of the Cross interspersed amidst other braves, will walk across almost the whole of France, under the fire of God’s signs. [This army of the just] will walk out of Brittany to reach down to the River where the Saviour of the earth [the French Monarch] must come along with his own army. They will join all together, under the star of victory.

“My children, take good note of this word:  this will take place under signs in the sky similar to the blood of Christians. In the midst of those bloody and terrifying signs, a white light will come out, surpassing the magnificence of the dawn when day is breaking out. That whiteness will split open the furrows of blood, and move ahead to meet you, on the shore of the river. Which whiteness will have crossed that blood on the day of commemorations of my Son’s Passion.

“My children, says the Blessed Virgin, in order for you to have no doubt, I give you a description of that sign which my Son will manifest when the day is declining, a true proof . . . A white sign, on the western part of France, surrounded with a curtain of fringes set with diamonds, an enormous curtain, all of which will last for three quarters of an hour. Your homes will be enlightened just like by sunlight. Streets will be as bright as by usual daylight.

“After half an hour has elapsed a red bar will show up towards West, after the shape of branches; and blood drops will burst out of it. [This] red bar will set a ring around the whiteness of the sign and will invade the brightness of its light.

“My children, starting from the West, that sign will move up a little; then the red bar will fade away, like through the victory of whiteness. On a Saturday, between five and six o’clock . . .

It is important to note that Heaven wants us to have shelters for our escape from the worst that is coming:

“[A]s soon as God’s sign will have begun, do not wonder; take your dispositions for taking your flight to the shelters in every part of France”.

But this war that is building in momentum is global, not just in France, so we must read the warning to mean all of us, in every part of the world.

Do you have your shelter, and do you have a packed bag so that you are ready to leave when you realise that the time has come?

And clothing for extreme cold as well as extreme heat?

Do you have some boxes of canned food to take for 3 to 6 months?

And bottled water will be the difference between life and death!

Consider stocking up your shelter ahead of time if you are able.

If thinking of surviving NBC causes you to be numb with fear/grief, then include others, and plan for just one thing at a time:

Saint Joseph had to take his family and flee into Egypt, and make that danger-filled journey back again, so ask Saint Joseph to guide your decisions. Ask him daily.

And do not assume that the “red bar” spoken of in this prophecy will be only the frontline of Communist soldiers – in some countries the red party is the ultra-conservatives, and we have been warned already about the resurgence of Neo-Nazis.

Are the Freemasons and Zionists among these groups? It is certainly a possibility, as they also seek world domination.

But God will wrest their power from them!

So pray for guidance and do as God is inspiring you to do!

Put yourself and those for whom you are preparing under the protection of Saint Joseph – he is a VERY POWERFUL advocate with Jesus Christ!

And be full of holy hope:  “[T]he red bar will fade away, as by the victory of whiteness.”

When will the French Monarch and his army’s victory take place?

On a Saturday (the weekday dedicated to the Virgin Mother of God), between five and six o’clock, France time.

Deo gratias! May each one of us be given the grace to participate in this great joy!

Our Lady of Mount Carmel, pray for us!