PUNISHMENT WAS WRITTEN DOWN, PART 2 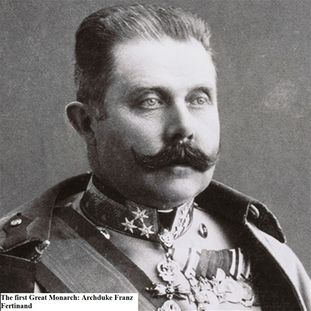 “The Eternal Father sent a King to His people. That Divine King, coming on earth, had everything in His possession. He reigned for thirty-three years. After that reign, He divided the earth into kingdoms. Those have been delineated according to His designs, and the earth did not know how to make choice of his own kings to maintain peace between peoples.

“The first King has been put to death for the ransom of His own. Those who will be ruling after Him will be un-throned, and many among them put to death. The kingdoms of the earth will return, as of old, without any other government than the ruling of the first King, the One who created and ordered everything.

“It is not on the same day that some will be put to death, others thrown into exile. The following years… all those years will divide the kingdoms. It will be by the year, and even less than that, that kings of the earth will cease to exist. All will march along towards their ruin and desolation. The earth will be left but a desert. Kings will be ruling no more, except the one who is endowed with the eternal authority.

“After all kings and kingdoms will have been destroyed, only the Eternal King, the true one, will be left who will be able to distinguish and make choice of subjects that may be worthy of maintaining peace. The whole earth will have been overturned and troubled during long days.”

This week we look at how God put order and salvation into our world:

“The Eternal Father sent a King to His people. That Divine King, coming on earth, had everything in His possession.”

Jesus Christ was that King: “He reigned for thirty-three years. After that reign, He divided the earth into kingdoms.”

That is, Catholic Kings and Catholic kingdoms.

But sin (the world, the flesh and the devil) has also played a part in destroying God’s plans for peace through Godly order:

“[T]he earth did not know how to make choice of his own kings to maintain peace between peoples.”

And the sons of perdition have worked unceasingly to have the restoration of evil as the governing power on earth.

(We will know that they have reached this goal when the Antichrist is in power).

The freemasons have used revolutions and assassinations to destroy kings and place kingdoms under their control; for example, the French and Russian revolutions.

Zionists use banking to reach the same ends.

But when monarchies had power (wealth), God’s enemies were met with a united resistance.

For example, the assassination of Archduke Franz Ferdinand of Austria resulted in WWI.

The relevance of Archduke Franz Ferdinand, even to our present 2022, can best be explained by the following prophecy of a Capuchin Priest, Rev. Theophilus Reisinger (who died in 1940):

“The Great Monarch was destined to have been Archduke Franz Ferdinand of Austria (his assassination was the spark that started the first world war), but, because of the many ‘souls of atonement,’ the reign of Anti-Christ was postponed, and hence, also that of the Great Monarch.”

Interestingly, this prophecy given to Marie-Julie Jahenny lets us know that the Great Monarch will first come to the aid of France.

And, some new information about this Catholic Monarch, he will have lived out his exile in more than one country:

“Those who will render honour to that Saviour will be the sons of France and several others who will have come from the countries where the Exiled one has been dwelling.”

The faith of this Great Monarch will allow the Kingship of Christ to flourish once again:

“After all kings and kingdoms will have been destroyed, only the Eternal King, the true one, will be left who will be able to distinguish and make choice of subjects that may be worthy of maintaining peace.”

But in the meantime, we have more years of suffering under the Anti-Christ:

“The whole earth will have been overturned and troubled during long days.”

May Jesus Christ, our Eternal King, teach us true justice so that we may come to the aid of the Great Monarch in the best way each one is able.

He will certainly need financial support to help him gather the army that will strip the Anti-Christ of his power!