Crumbling Down of Rome and of the Church 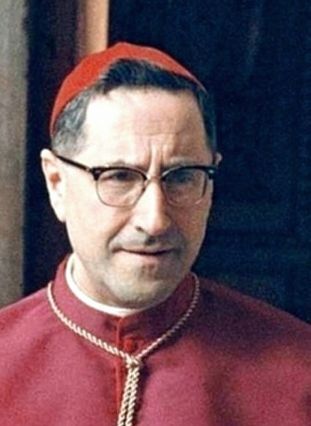 Our Lord tells me:

“Let not your courage be beaten down! Rest assured that I will render holy My victorious people. For a few weeks, keep within the tomb of your soul those two periods really already fixed and unblottable.

“The first period, in the extension of afflictions over the Elder Daughter of the Church.

The word stops short here. Our Lord goes on telling me:

“I leave the complaint of My afflicted Heart to be passed over to My victims who will read across these lines. The hour is close at hand when I will endure sacrilegious desecrations. Which I already suffered from traitor Judas who delivered Me to sacrilege.”

--Lord, says a mournful voice, do not delay your warning to your people because the sad and dark night is rapidly approaching on its own time.

“I have delayed in no way, replies the Lord… The only thing left will be to accomplish My will about the proper times and the duration of the sorrows, in regard to the Universe and its perils, to its deadly struggles and the overall mourning which will have no end during this life.

“In several countries of this earth, peace will never return just like it was in time past. I will have depopulated those countries from those who, because of My grace, would have brought peace over. This is the chastisement I preserve for those culprits who will have perpetrated a larger number of crimes and offenses than those ever perpetrated in many other places on earth. That people, I have its name written, the place it inhabits, the name of its Kingdom…

“Now, My children, take your rest.”

France is considered the eldest daughter of the Church for two reasons: the first being that her Catholic king would support the Papacy without hesitation, and the second is the large number of French saints:  confessors, mystics, martyrs, and virgins (like the Little Flower).

The afflictions for France, referred to in this week’s prophecy as being part of the “first period”,began with the French Revolution (1789-1799) and the martyrdom of King Louis XVI, his children, and, lastly, his wife.

Sadly, freemasonry continues to have control of France.

From there, things got much worse for the Holy Roman Catholic Church.

Under Pope Pius XI, the Church signed a pact with the freemasonic Kingdom of Italy (now led by Mussolini) called The Lateran Treaty (1929), which created the boundaries of the Vatican City State.

For those who have read the book, AA1025, we know that freemasons were putting enemy agents into the seminaries and monasteries and convents since the 1800’s.

The Blessed Virgin Mary’s tears at La Salette (1846) told us of the many priests and religious who were living in sin and leading other souls to Hell.

But the full invasion did not take place until freemasonry put the first of their agents into the Papacy itself. This was accomplished after the death of Pope Pius XII, at the Papal Conclave of 1958:

“The second period is the Church invaded and the beginning of the terrible struggle in the Eternal City.”

Christ tells Marie-Julie Jahenny that this will be the time of Papal Exile, a time of vacancy from the Chair of Saint Peter, “without its consequences, sad unto death”.

We have already seen the sacrilegious changes to the Holy Sacraments, to prayers, and even the indoctrination of anti-Catholic teachings, even by supposed “popes”:

“The hour is close at hand when I will endure sacrilegious desecrations. Which I already suffered from traitor Judas who delivered Me to sacrilege.”

What is worse than killing a soul by destroying the holy faith in that soul?

And to add to our sorrows, Christ reveals that the sufferings brought on by this usurpation of the Papacy will extend itself to all aspects of life:

Our sadness will be an “overall mourning which will have no end during this life.”

It will be a white martyrdom (no bloodshed) for many, many of us.

And God will allow wars:

“In several countries of this earth, peace will never return just like it was in time past.”

Are we not seeing this now, with the beginning of what looks to be a third world war?

In fact, God is saying that these wars will be His chastisement, since He will have removed the peacemakers from positions of power:

“I will have depopulated those countries from those who, because of My grace, would have brought peace over.”

This punishment is targeted to God’s enemies, the self-declared masters of this world:

“This is the chastisement I preserve for those culprits who will have perpetrated a larger number of crimes and offenses than those ever perpetrated in many other places on earth.

And the wonder of this prophecy is that God reveals that these enemies belong to one group of people, with their own country:

“That people, I have its name written, the place it inhabits, the name of its Kingdom…”

It is this people who will be punished for their abuses and violence against the rest of the world.

This is the type of prophecy that crushes one’s breath away, because there are already many souls of loved ones being lost spiritually with false maxims, and it looks as if war, a punishment for sin, will not convert the enemies either.

But our main concern must be to daily prayer, keeping from sins, and keeping our faith intact because it is a gift from God, as is this life of ours.

He has chosen each one of us for these times!

Reflect on how this prophecy begins:

“Let not your courage be beaten down! Rest assured that I will render holy My victorious people."

Surely, this victory must be spiritual above all else!

Lord, teach us how to be holy!