MARIE-JULIE’S OPINION ABOUT THE KING 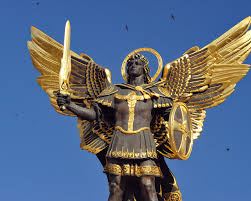 In the course of a conversation lasting for three hours, with Marie-Julie on February 9, 1914, Mr. Lainé writes: she repeated to me what she had previously said:

“God is hiding the one He is going to choose in order to save the Church and to rule over France, to withdraw the whole world from the domination of the devil whose ruling is in its full swing at present times, whom God actually leaves to be the master.”

Marie-Julie cannot give any precision about the king. The only thing she knows is that he shall be of the descendance of Saint Louis; that is all. The one God is going to pick out will be of perfect purity: he shall live in God and for God. He shall be completely surrendered to God’s Will for the protection of the Church and the salvation of souls. God is going to bring him out on his own good time. His advent has been manifested to Marie-Julie, and several times at that.

She is aware that she will not see him on earth, but is going to see him from above. The king was coming along by a very reduced retinue of men inspired, like himself, with the love of God and seeking nothing else but His Glory. But this small escort was preceded by Saint Michael the Archangel, who opened the marching with his flaming sword… Humanly speaking, they were endowed neither with number nor strength. Their strength was in God…

But before that event takes place, three monarchs have to introduce themselves, moved by human ambitions, and knowing of nothing but human means. Saint Michael is going to overthrow them successively.

To the one he will have chosen, God will give all the graces and enlightenments necessary, which will make known to him the means he will have to put to work in view of the amendment of mankind, just like God wants it.

We can certainly agree with Marie-Julie that we are living under “the domination of the devil whose ruling is in its full swing at present times”.

And from the locution given to Pope Leo XIII, we also know that the devil got 100 years to rule on Earth. As Marie-Julie says here, it is the devil “whom God actually leaves to be the master.”

Technology and biotechnology are being used to watch us and to control us. This is widely acknowledged and even accepted!

It is no wonder, then, that “God is hiding the one He is going to choose in order to save the Church”.

God must hide the future French Monarch, or the devil would dispose of him.

But the French Monarch will step forward, battle the forces of Antichrist, and reign.

When Mr. Lainé repeats that the French Monarch is “to rule over France” he means over the political situation worldwide.

The French Monarch will conquer the one-world domination of the Antichrist.

In other prophecies given to Marie-Julie we know that he, the French Monarch, will restore all things, meaning the political situation in the world and the spiritual situation of Holy Mother Church.

It is only fitting that he “will be of perfect purity: he shall live in God and for God.”

He must be perfectly pure to win against the man of sin who becomes fully possessed.

Due to the vast number of mankind being controlled in their intellects and wills, the French Monarch and his fellow fighters will be “endowed neither with number nor strength”.

But they will win. We will win. Pick up your rosaries and never doubt it!

The French Monarch’s victory, our victory, is God’s Holy Will:

This is why we are “preceded by Saint Michael the Archangel, who opened the marching with his flaming sword…”

The French Monarch’s victory is assured precisely because he is “completely surrendered to God’s Will for the protection of the Church and the salvation of souls.”

And so must we be, completely surrendered to God’s Will for the future of Holy Mother Church, if we are to be part of the French Monarch’s victorious army.

May God’s Holy Will be our assurance so that we live each day in joyful hope and longing to see that glorious triumph against the devil, and the freeing and winning of captive souls!

Never forget your joy and your hope to live to see the Papal Restoration and the reign of the Sacred Heart of Jesus over all souls worldwide.