Battles against the devil 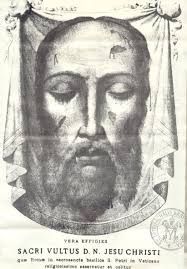 “In St. Peter’s bark, tossed by the angry waves and the storms of this world, let us put all our trust in Christ."

This inspirational reading is taken from the lesson before the Holy Mass for the Fourth Sunday After Pentecost:

“The leading thought in to-day’s liturgy is again that of trust in God in the midst of struggles and trials. This thought springs from the reading of the story of David in the Breviary as well as from an incident in the life of St. Peter whose feast is close at hand, these being the two elements very different in themselves, from which are drawn the various parts of the Mass.

“When almighty God had rejected Saul because of his pride, He told Samuel to anoint as king, the youngest son of Jesse, still a young boy, Samuel anointed him in the midst of his family, while from that day the spirit of God departed from Saul and descended upon David.

“Soon after, the Philistines wishing to renew the war, assembled their army on the slope of a mountain while Saul drew up his in a similar position, in such a way that they were separated, only by a valley with a mountain stream. From out of the Philistine’s camp came the giant, Goliath, having ‘a helmet of brass upon his head and he was clothed with a coat of mail. And he had greaves of brass on his legs and a buckler of brass covered his shoulders. And the staff of his spear was like a weaver’s beam, and the head of his spear weighed six hundred sicles of iron. And standing he cried out to the bands of Israel and said to them:  “Am I not a Philistine and you the servants of Saul? Choose out a man of you and let him come down and fight hand to hand. If he be able to fight with me and kill me we will be servants to you; but if I prevail against him, and kill him, you shall be servants, and shall serve us.” And Saul and all the Israelites hearing these words of the Philistines were dismayed and greatly afraid.’

“For forty days the Philistine came forward morning and evening, renewing his challenge which not one had the courage to accept.  At this juncture young David visited Saul’s camp, where his brothers were, and hearing Goliath and witnessing the terror of Israel cried out full of faith:  ‘Who is this uncircumcised Philistine, who hath dared to curse the army of the living God? Let not any man’s heart be dismayed in him. I, thy servant, will go and fight against the Philistine.’ And Saul said to David:  ‘Go and the Lord be with thee.’

“Then David, taking his staff and sling, crossed the bed of the stream and choosing five smooth stones went boldly forward to meet the Philistine Goliath, who seeing a mere lad coming towards him exclaimed with great contempt:  ‘Am I a dog that thou comest to me with a staff?’  And the Philistine cursed David by his gods. And David said to the Philistine:  … ‘I came to thee in the name of the Lord of Hosts, the God of the armies of Israel which thou has defied. And all this assembly shall know, that the Lord saveth not with sword and spear; for it is His battle and He will deliver you into our hands.’

“Then Goliath rushed on David, who hastily loading his sling with one of the stones he had brought, swung it round so that the stone buried itself in the giant’s forehead, while he fell like a log, face downwards, on the earth. David leapt towards him and drawing his victim’s sword from its sheath gave him his death blow, cutting off his head and holding it up for the Philistines to see; the result being that the latter fled in confusion, while the Israelites, raising a war cry, pursued them with great slaughter.

“ ‘The children of Israel,’ says St. Augustine, ‘had been for forty days face to face with the enemy. By these forty days, because of the four seasons and four quarters of the world, is represented this present life during which the Lord’s people are never without the necessity of fighting a Goliath and his army, that is the devil and his angels. None the less, they would never gain the victory, if Christ, the true David, had not come down to earth with His staff, i.e. the mystery of His Cross. For David, a type of Christ, stepped down from the ranks, took his staff in his hand and went forth against the giant so that in his person we see prefigured what came to pass later on in the case of our Lord Himself. For Christ, the true David, who came to fight the spiritual Goliath, that is the devil, Himself carried His cross. Observe, my dear brethren, the precise spot where Goliath was struck by David. It was on his forehead where he had not the sign of the cross. In the same way that the staff represented the cross, so the stone which struck Goliath was a figure of Christ, our Lord’ (2nd Nocturn).

“The army of Israel is the Church who endures the humiliations inflicted upon her by her enemies. She groans while waiting for her deliverance (Epistle). She asks the Lord who is ‘a refuge of the poor in tribulation’ (Alleluia), and who is ‘a refuge’ and ‘deliverer’ (Communion) to come to her assistance, lest the enemy say:  ‘I have prevailed against her’ (Offertory). With confidence she cries: ‘Help us O Lord our Saviour, and for the honour of Thy Name, O Lord, deliver us’ (Gradual).  ‘The Lord is my light and my salvation:  whom shall I fear?  The Lord is the protector of my life, of whom shall I be afraid?  If armies in camp should stand together against me, my heart shall not fear.  My enemies that trouble me have themselves been weakened and have fallen’ (Introit).

“It is that under the guidance of Providence, that the Church renders ‘glad service’ to God ‘in peace’ (Collect).  This is also clear from the Gospel, chosen because of the near approach of the feast kept on the 29th of June; in fact a Gospel book (Evangeliarium) of Wurtzburg actually calls this Dominica ante natelem Apostolorum (Sunday before the heavenly birth-day of the Apostles).

“It was from Peter’s boat that our Lord chose to preach; it was Simon Peter that He told to launch out into the deep, and it was he who, at the Master’s word of command, laid down the nets which became so full that they broke. Finally, it was Peter who, overcome with astonishment and fear, adored His Master, and was chosen by Him, as a fisher of men.

“ ‘St. Matthew,” St. Ambrose tells us, “describes this boat as tossed by the waves, while St. Luke describes it as full of fish; here we have a picture of the Church’s vicissitudes in her early days and of her wonderful prosperity later on. The vessel which carries divine Wisdom and which is wafted by the wind of Faith runs no danger. What indeed can it fear, when for its pilot it has Him who is the very strength of the Church? Peril is encountered when Faith is rare; but here there is safety since love is perfect (3rd Notcurn).

“Commenting on a Gospel which is very similar to this, in which St. John records a miraculous draught of fishes which took place after our Lord’s resurrection, St. Gregory writes:  ‘What does the sea represent, if not the present age in which the changes and chances of this mortal life are like waves which unceasingly dash and break against each other? Of what is the firm ground on the shore a figure if not the permanence of eternal rest? Because the disciples were still surrounded by the waves of this mortal life, they toiled on the sea; and as our Redeemer had put off the corruptibility of the flesh after His resurrection, He stood on the shore.’

“Again in St. Matthew, our Lord compares the Kingdom of heaven to ‘a net cast into the sea and gathering together all kinds of fishes. Which, when it was filled they drew out; and sitting by the shore, they chose out the good fishes but the bad they cast forth.’

“In the same way Baptism was represented in the Catacombs by a fisher drawing a fish out of water. Here then, is the function of the Church whose head is Peter, ‘to fish for men’, to free souls from the dangers they encounter in the world represented by the sea.  ‘Certainly a new method of fishing’, says St. John Chrysostom. ‘For fishers drew their fish from the water to kill them, but we cast our nets into the water and those whom we take are made alive.’  And St. Gregory says, in to-day’s homily:  ‘The apostles’ nets do not destroy those whom they catch, but preserve them, bringing them from the bottom of the abyss to the light; raising to the heights those who are tossed about in the lowest depths.’

“In St. Peter’s bark, tossed by the angry waves and the storms of this world, let us put all our trust in Christ. Through His Church He will save us from the attacks of ‘the strong man armed’, who is the devil, and as by David, He saved the hosts of Israel, when they defied the giant Goliath.”