The First Apparition of the Blessed Virgin Mary

“She was more brilliant than the sun”

“High up on the slope of the Cova da Iria, I was playing with Jacinta and Francisco at building a little stone wall around a clump of furze. Suddenly we saw what seemed to be a flash of lightning.

--We’d better go home, I said to my cousins, that’s lightning; we may have a thunderstorm.

“We began to go down the slope, hurrying the sheep along towards the road. We were more or less half-way down the slope, and almost level with a large holm oak tree that stood there, when we saw another flash of lightning. We had only gone a few steps further when, there before us on a small holm oak, we beheld a Lady all dressed in white. She was more brilliant than the sun, and radiated a light more clear and intense than a crystal glass filled with sparkling water, when the rays of the burning sun shine through it.

“We stopped, astounded, before the apparition. We were so close, just a few feet from Her, that we were bathed in the light that surrounded Her, or rather, which radiated from Her. Then Our Lady spoke to us:

--Where does Your Grace come from?

--I have come to ask you to come here for six months in succession, on the 13th day, at this same hour. Later on, I will tell you who I am and what I want. Afterwards, I will return here yet a seventh time.

--Shall I go to Heaven too?

--He will go there too, but he will have to say many Rosaries.

“Then I remembered to ask about two girls who had died recently. They were friends of mine and used to come to my home to learn weaving with my eldest sister.

--Is Maria da Neves in Heaven?

--She will be in Purgatory until the end of the world.

--Are you willing to offer yourselves to God and bear all the sufferings He wills to send you, as an act of reparation for the sins by which He is offended, and of supplication for the conversion of sinners?

--Then you are going to have much to suffer, but the grace of God will be your comfort.

“As She pronounced these last words, “the grace of God will be your comfort”, Our Lady opened Her hands for the first time, communicating to us a light so intense that as it streamed from Her hands, its rays penetrated our hearts and the innermost depths of our souls, making us see ourselves in God, Who was that light, more clearly than we see ourselves in the best of mirrors. Then, moved by an inner impulse that was also communicated to us, we fell to our knees, repeating in our hearts:

“Oh Most Holy Trinity, I adore You! My God, my God, I love You in the most Blessed Sacrament!”

“After a few moments, Our Lady spoke again:

--Pray the Rosary every day, in order to obtain peace for the world, and the end of the war.

--Can You tell me if the war will go on a long time, or will it end soon?

--I cannot tell you that yet, because I have not yet said what I want.

“Then She began to rise serenely, going up towards the east, until She disappeared in the immensity of space. The light that surrounded Her seemed to open up a path before Her in the firmament, and for this reason we sometimes said that we saw Heaven opening.”  (pp. 112-114)

It has been commented that Francisco got to see the Blessed Virgin, but that he could not hear Her, as Frère Michel de la Sainte Trinité also relates in his book:

« What is astonishing, but quite well attested, is that Francisco saw the Blessed Virgin perfectly, but did not hear Her words. He only understood the questions of Lucy. As for Jacinta, who saw and heard everything, she never brought herself to speak to the apparition. Thus Lucy was the only one to have the privilege of speaking with Her.” (p. 114)

In recalling Lucia’s remembrance of their exhaustion after each of the apparitions of the Angel of Portugal, it is interesting to note the joy that filled them after seeing the Holy Mother of God:

“The apparition of Our Lady plunged us once more into the atmosphere of the supernatural, but this time more gently. Instead of that annihilation in the Divine Presence, which exhausted us even physically, it left us filled with peace and expansive joy, which did not prevent us from speaking afterwards of what had happened.” (p. 115) 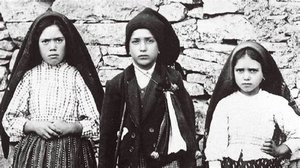 The Second Apparition of the Blessed Virgin Mary

“My Immaculate Heart will be your refuge”

“As soon as Jacinta, Francisco and I had finished praying the Rosary, with a number of other people who were present, we saw once more the flash reflecting the light which was approaching (which we called lightning). The next moment, Our Lady was there on the holm oak, exactly the same as in May.

--I wish you to come here on the 13th of next month, to pray the Rosary each day, and to learn how to read. Later, I will tell you what I want.

I asked for the cure of a sick person.

--If he is converted, he will be healed during the year.

--I would like to ask You to take us to Heaven.

--Yes, I will take Jacinta and Francisco soon. But you are to stay here some time longer. Jesus wishes to make use of you to make Me known and loved. He wants to establish in the world devotion to My Immaculate Heart. To whoever embraces this devotion I promise salvation; these souls shall be dear to God, as flowers placed by Me to adorn His throne.

--No, My daughter. Do you suffer a great deal? Don’t lose heart. I will never forsake you. My Immaculate Heart will be your refuge and the way that will lead you to God.

“As Our Lady spoke these last words, She opened Her hands and for the second time, She communicated to us the rays of that immense light. We saw ourselves in this light, as it were, immersed in God. Jacinta and Francisco seemed to be in that part of the light which rose towards Heaven, and I in that which was poured out on the earth.

“In front of the palm of Our Lady’s right hand was a heart encircled by thorns which pierced it. We understood that this was the Immaculate Heart of Mary, outraged by the sins of humanity, and seeking reparation.

Then this written account, addressed to her bishop, mentions that there was a secret given to the children in this apparition of June 13:

“You know now, Your Excellency, what we referred to when we said that Our Lady had revealed a secret to us in June. At that time Our Lady did not tell us to keep it secret, but we felt moved to do so by God.” (pp. 158-159)